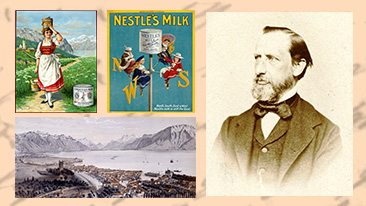 1938 - After eight years of research, Nestlé invents the world's first powdered coffee. NESCAFÉ is made by simply adding hot water.

1966 - Nestlé introduces TASTER'S CHOICE Instant Coffee, which is freeze-dried to lock in freshness.

1974 - Nestlé diversified its portfolio outside of the food industry when it became a major shareholder in L’Oreal, one of the world’s leading makers of cosmetics.

2002 - Nestlé enters into a long-term trademark/technology license agreement with The Pillsbury Group for the use of the HÄAGEN-DAZS brand in North America. Also, the PERRIER VITTEL water business is re-named NESTLÉ WATERS.